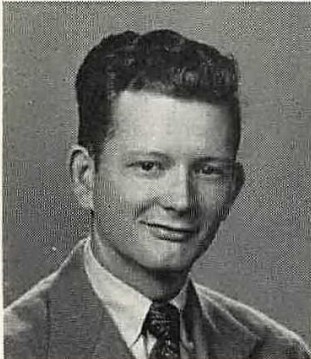 (Mason) Gene Martin was born January 30, 1926, in Cape Girardeau, Missouri, to Clyde and Mina (Stroder) Martin. He graduated from Cape College High School in 1944 and earned a bachelor’s degree at Southeast Missouri State Teachers College in 1950. After serving in the U.S. Navy, Mr. Martin earned a master’s degree in library science at the University of Illinois Urbana-Champaign in 1954.

Mr. Martin worked at the Cincinnati Public Library in Ohio and Jefferson Township Library in Indiana before returning to Missouri to become director of Ozark Regional Library in 1956.

In 1961, Mr. Martin was hired as director of the Cape Girardeau Public Library. He became director of the Daniel Boone Regional Library in 1966, where he remained for the final twenty-five years of his career. 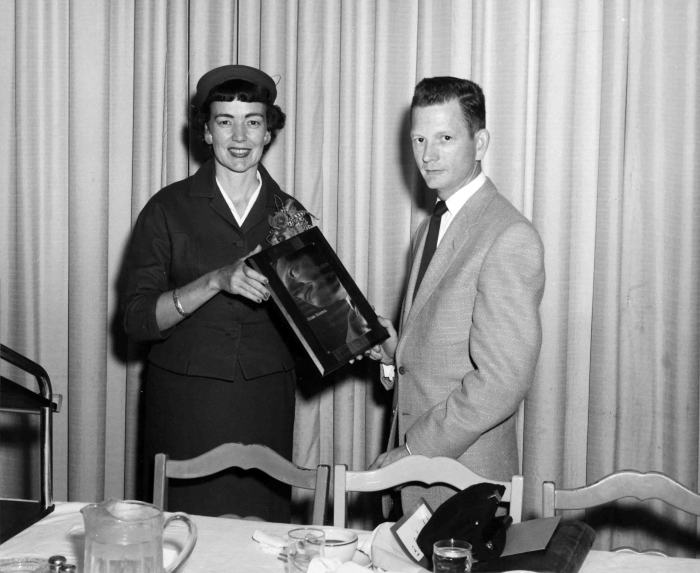 While at Daniel Boone Regional Library, Mr. Martin was heavily involved in the Legislative Committee as it worked to improve state aid funding and pass the Library Networking Bill. He also served as Missouri’s American Library Association Councilor and co-chair of the Intellectual Freedom Committee. At one point, Mr. Martin said that he thought he had served on every Association committee during his career. He also supported the organization by providing in-kind services and hosting events.

Mr. Martin was also a pioneer in library cooperation. Along with directors at Mississippi County Library and Riverside Regional Library, he created the first library “system” in Missouri. In 1965, the Southeast Federated Library Service System was launched to share materials between the three libraries through interlibrary loan, provide training, share reference resources, and offer reciprocal borrowing. Due to Mr. Martin’s contributions to library development and cooperation in Missouri, he was invited to speak at the American Library Association’s annual conference in 1965. 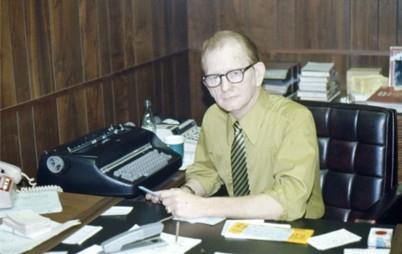 During Mr. Martin’s twenty-five years as director, Daniel Boone Regional was an innovator among Missouri libraries.

Mr. Martin strived to remove barriers to access and provide services to the underserved populations. He obtained a grant for the purchase of a bookmobile, which was called the Pied Piper Mediamobile. The Mediamobile visited economically disadvantaged communities and provided children with arts and crafts, films, and other services. In 1981, the library added a large print collection. Mr. Martin also eliminated overdue fines during his tenure.

In 1978, Daniel Boone Regional Library launched its Dial-A-Story service. Within a few years, the service was receiving over 85,000 calls annually. 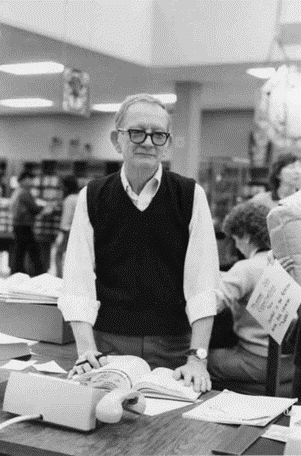 Mr. Martin successfully obtained a federal construction grant, which was combined with revenue from a previously passed bond to allow the library to build a new facility in Columbia. The new library, which was ten times the size of the previous building, opened in 1971. Hundreds of volunteers were recruited to create a “Book Brigade” to move the library’s collection by forming a human chain between locations.

Mr. Martin also successfully campaigned to double the library’s levy rate. This required a separate vote in three counties, as well as the city of Columbia.

Mr. Martin continued to be involved with library cooperation while at Daniel Boone Regional. He was instrumental in the formation and success of the Mid-Missouri Library Network, which he allowed to be housed at the library. He also supported and encouraged the development of the other library networks around the state.

Mr. Martin also participated in the development and operation of the Missouri Film Cooperative, which was began in the 1940’s. Most notably, he secured a grant to share an integrated circulation computer system with the Thomas Jefferson Library System in Jefferson City. 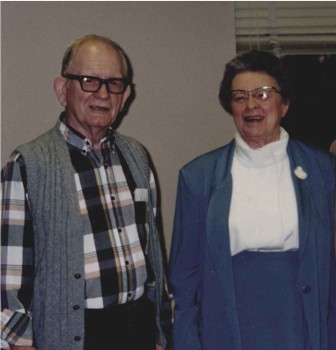 According to his former employees, Mr. Martin always supported staff development and encouraged staff to be involved in professional associations. He also implemented a participatory management model.

Mr. Martin maintained his library’s position at the forefront of technological advances in the field. In 1986, the Daniel Boone Regional Library began offering access to public computers.

Mr. Martin achieved a long-time dream when Daniel Boone Regional Library automated and launched its first online patron access catalog (OPAC) in 1991. He retired from the library later that year.

Mr. Martin died on February 17, 1999, in Columbia, Missouri, in an auto accident as he was leaving the library with his wife. He is buried in New Lorimier Cemetery in Cape Girardeau, Missouri.