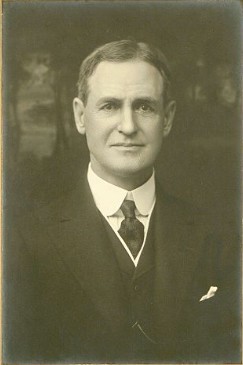 Purd B. Wright was bon in Weston, Missouri on September 4, 1860 to Allen Wright and Frances Ann Sheley. He attended high school in Cameron, MO and Pleasant Ridge College in Platte City, Missouri. Purd did not have any formal library education and was a self-taught man.

Wright’s first job was running a newspaper in Cameron, MO from 1876 to 1881. He then worked at the St. Joseph Herald for two years. He had a unique style to getting the news when he was able to sneak into a jail and interview his childhood friend Frank James after an arrest. He was the only journalist able to snag an interview.

In 1884 Wright married Miss Lulu M. Floyd of Sioux City, IA. They had one son named Purd B. Wright who became a water works engineer.

From 1885 to 1895, he was the city clerk in St. Joseph, MO. He was the founder of the St. Joseph Public Library in 1890. He helped the library tax issue pass by removing the “NO” option on the ballot proof. The library tax passed, of course, and the legality of the ballots was never put to the test. His desire to make library materials accessible to all came from his own inability to get the books he wanted from the small subscription library that was once the only option in St. Joseph, MO. 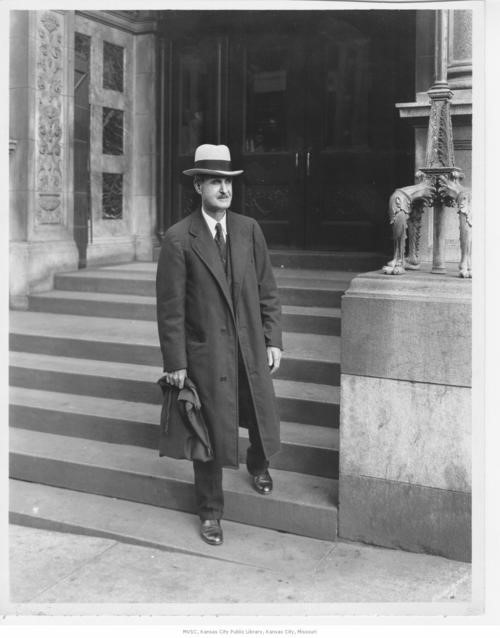 Once Wright took over the St. Joseph Public Library, he started building an empire. The new main building, dedicated in 1900, was the first Carnegie library built in Missouri. He then built two branches with more Carnegie funds. A third branch was in the process of being built when he left in 1910.

One of the branches was in the stockyard area of St. Joseph. Wright created a collection of books on all phases of the meat industry and those books were available at that branch. He also created some educational work with the immigrant stockyard workers.

The American Library Association convention in 1897 saw Wright giving a speech as a first-year member. He spoke on the topic of “Library advertising as it is carried on in the St. Joseph Public Library”. He was popular in the association due to his enthusiasm and charisma. He was the treasurer of the ALA from 1908-1909, a member of its executive board from 1909-1913, he also served as member of its council. 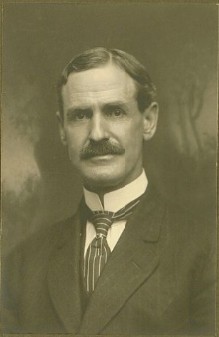 Wright left the St. Joseph Public Library in 1910 and took a similar post in Los Angeles, CA. He returned to Missouri the next year and became the Director of the Kansas City Public Library in June of 1911. He worked hard to make the Kansas City Library one of the best in the nation for his patrons. “I want to see Kansas City have the best library, and branches, from all points of view—cultural, business and technical, in the United States.”

Perhaps his greatest contribution to Missouri libraries was his political work. He was a Democrat and he enjoyed the political atmosphere of Jefferson City and understood how politics worked. He was charismatic and could work a room full of politicians. The creation of the Missouri Library Commission by law in 1907 was motivated by Wright. He served as the first president from 1907-1909. He also spent many years as the chairman of the legislative committee of the Missouri Library.

He served as director of the Kansas City Public Library from 1911-1937. Under his direction, the Kansas City Library started with one central library and one branch, but he developed an innovative plan and by 1933, there were 15 branches in the library service area. This was a new concept and no other type of library branch system existed in the United States before Wright’s vision.

He enjoyed collecting books and corresponding with authors. He became friends with Mark Twain and Eugene Field.

Purd B. Wright passed away in 1947 and is considered one of the founding fathers of Missouri Libraries.