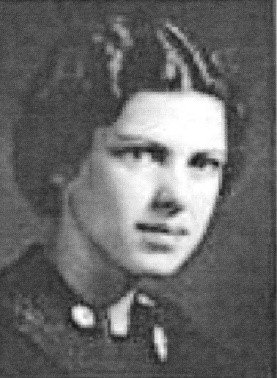 Susanna Alexander was born Feb. 13, 1917, in St. James to George and Violet Hubbard Laun. She graduated from St. James High School in 1934. She received an associate’s degree from Stephens College in 1936 and a bachelor’s degree from Northwestern University in Evanston, Ill., in 1938. She married Donald Alexander in 1938 in Union; he preceded her in death on January 27, 1945 in Iwo Jima during WWII.

At the end of the war she started working at the James Memorial Library in St. James, Missouri. A few years later she decided to move to Columbia, not necessarily to pursue a library career, but to return to her alma mater, Stephens College. She found a position with the Stephens College Library and was encouraged to purse a degree in library science by Lamar Johnson, the head librarian at Stephens College. With an agreement to work during the school year and to attend school in the summer, Alexander received a master’s degree in library science from the University of Denver in 1952. She was the head of technical services at Stephens until she left in 1955 to become the director at the Columbia Public Library, where the library board at that time determined that library services must be improved for the community.

Alexander was director for the Columbia Public Library/Daniel Boone Regional Library for ten years. During that time, a multicounty tax levy was passed to provide tax support for the public library, the Daniel Boone Regional Library was formed in 1959, and later a voted tax was passed that would eventually fund the construction of the current central building in Columbia. In 1965, Alexander left Daniel Boone Regional to work at the Missouri State Library.
Alexander worked at the associate state librarian of Missouri from 1966 until she retired in 1982. She was responsible for the internal operation of the State Library as well as for meeting with library groups, library trustees, educators and civic groups around the state.

Susanna Alexander was an active member of the Missouri Library Association (MLA) and the American Library Association (ALA) from the start of her career until she retired in 1982. As a member of MLA, in 1955, she was a chairman of the Catalogers’ Round Table, in 1956 she served as a legislative coordinator, from 1957-59 she served as Treasurer, and in 1962 she was Vice-President of the organization and served as President in 1963. She was affiliated with the ALA Special Projects Committee, ALA Adult Services Division, and the American Library Trustee Association. In 1971 she served on the ALA Nominating Committee, from 1973-1977 she was a member of the ALA Council and from 1973-1978 she also served on the ALA Committee on Accreditation.

As a result of her time spent with the Committee on Accreditation, she was asked to serve on the Advisory Committee of the School of Library and Information Science at the University of Missouri in Columbia. Through both of these organizations, she was involved in setting standards for library education programs, first at the national level and then at the state level.

She was a member of United Methodist Church in St. James, the League of Women Voters, the Stephens College Alumnae Club, the American Association of University Women and Altrusa International.